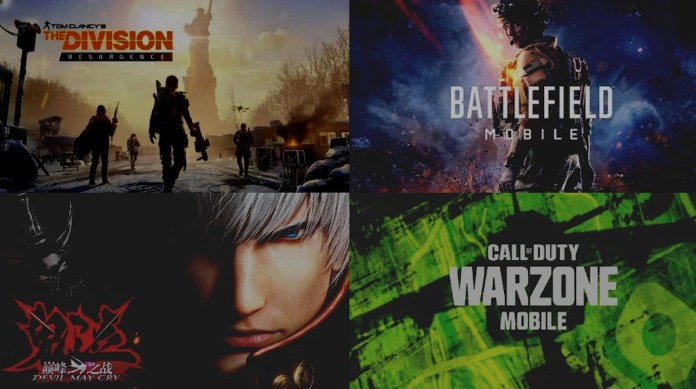 The mobile gaming platform is constantly expanding in terms of compatibility with console and PC games. With the success of previously ported console games such as PUBG, Call of Duty: Mobile, Genshin Impact, and PES Mobile, other console and PC game developers have kept a keen eye on the mobile platform.

In this article, we’ll be listing the top 10 upcoming console & PC games that are making their way to Android and iOS in late 2022 and 2023.

NieR Reincarnation is an enticing role-playing game developed by Applibot and published by Square Enix for both Android and iOS devices. The game takes place in the universe of Nier and its sequel Nier: Automata.

Similar to its console version, the game is set in a realm called The Cage where players take on the role of a girl guided by a ghost-like being she calls Mama. During your explorations, you’ll come across Scarecrows upgrade weapons used to fight enemies within unlocked memories.

NeiR Reincarnation is one of the best console-like games on mobile right now, and it is available to download from the respective App Stores.

Wild Rift is a free-to-play multiplayer game on mobile as a reimagined version of the original 2009 League of Legends PC game. In Wild Rift, players control a character or champion with unique abilities, battling against other players or AI-controlled units in order to destroy the opposing team’s “Nexus.”

The cool part about Wild Rift is that, unlike other battle arena games, every Wild Rift match is discrete, with all champions starting off relatively weak but increasing in strength by accumulating items and experience over the course of the game.

While the game is currently available to download in select regions, it remains an upcoming title for the majority of regions.

The game will feature a story campaign, 30-person competitive multiplayer, 4 player Co-Op missions, and more. It’ll run on Unreal Engine 4 with HD graphics, highly responsive touch controls, a unique movement system consisting of [grapple, wingsuit, parachute, and most of the crazy stuff we know from Just Cause 1-4], voice chat, and intense gameplay.

The First Soldier is set 30 years before the events of FFVII. 75 players will be dropped into Midgar in order to fight, with the last person standing crowned as the winner.

The game takes place in the Final Fantasy universe, offering an amazing level of detail, as well as one of the most exciting features of Final Fantasy—magic! Yup, players can use magic in the upcoming battle royal game.

Despite the success of the PC version, gamers all around the globe requested that the title be ported to mobile. It didn’t take long for Riot Games to respond to their demands with an announcement that Valorant: Mobile is in development and may launch in late 2022

Riot Games are yet to reveal a release date for Valorant: Mobile, but the development team expects the mobile port to be a lengthy process. This means we may not see a global launch until 2023.

It seems the intense rivalry between the Call of Duty franchise and Battlefield will continue on mobile platforms, as EA has announced that a mobile version of Battlefield is currently in the works from Industrial Studios, one of its mobile studios.

According to DICE general manager Oskar Gabrielson, the upcoming Battlefield mobile game will be a standalone title. “Make no mistake, this is a standalone game, a completely different game from the one we’re making for console and PC, designed specifically for the mobile platform.”

He added that after several years of prototyping, they are finally ready to move forward with a Battlefield mobile game. The game is currently in testing, so we expect a global launch in 2023.

My Time at Portia combines both role-playing and simulation video game elements that provide an incredible crafting and socializing experience. The 3D hit simulation game sees you inherit your father’s workshop, where you’ll craft and construct your way to becoming the best builder in town.

You will meet other civilians, discover hidden relics, and try to restore the glory of human civilization in a post-apocalyptic land. My Time at Portia offers an original PC gameplay and experience on mobile by bringing the workshop to your fingertips.

Yeah, you read that right! The Division is coming to mobile. After launching in 2016, The Division exceeded expectations, broke multiple Ubisoft records, and stood out as one of the best post-apocalyptic titles on console—and now it’s making its way to mobile devices.

In a blog post from Ubisoft’s official website, “The Division will be coming to mobile platforms for the very first time, bringing the universe to an even wider audience. We’ll have more details on this exciting project at a later date.” Other than the announcement, little is known about the release date or when it will enter a beta testing period.

After years of anticipation, the infamous white-haired demon slayer has finally arrived on mobile devices as a stunning hack and slash role-playing game. In collaboration with Yun Chang Game Development, CAPCOM’s Devil May Cry: Peak of Combat will reimagine the hack and slash genre on mobile devices, offering Unity Engine graphics with the aim of replicating the traditional console experience on mobile.

The game offers similar graphics to its console and PC versions, where players can take control of Dante in either single-player and multiplayer. Devil May Cry: Peak of Combat is currently available to play in select regions and is set to launch globally in late 2023.

Call of Duty®: Warzone™ Mobile is ushering in the next era of the Call of Duty® franchise, with the highest quality Battle Royale mobile game experience. The game features epic Call of Duty: Warzone combat in gunplay, movement and vehicles; authentic content with operators, weapons, and maps; and uniquely Call of Duty: Warzone gameplay allowing for up to 120 live players in a match on mobile.

With first-class graphics and intuitive controls. Built for mobile gamers, everything from movement, aiming and weapon handling to physics, animations and sound have been optimized in Call of Duty: Warzone Mobile, delivering the ultimate accuracy, authenticity and performance players expect from Call of Duty. Go ahead and pre-register to get notified when the game is released and earn cool rewards.