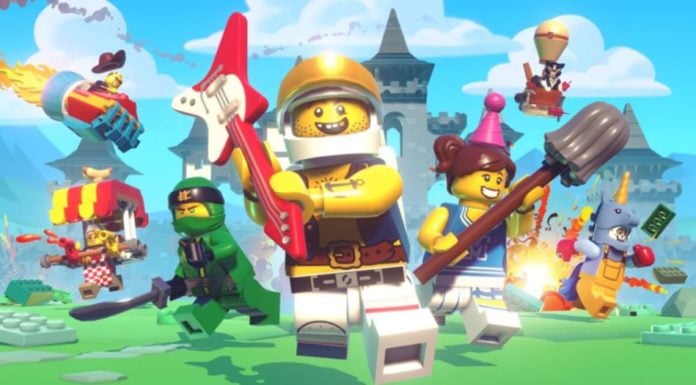 Apple Arcade is now out and we’re updating our list of games available on Apple’s gaming platform with all the titles that you can play right now. And, as you will see for yourself, this really takes the mobile games market to a whole new level.

With many exclusives available, as well as premium games that you will simply fall in love with, Apple Arcade seems to be the winner when it comes to subscription services on mobile (when comparing it to Google Play Pass, which has a much larger list of games and apps available).

But sometimes, it’s all about the quality and not just quantity: so let’s not waste a single second and instead let’s check out a full list of games available on Apple Arcade now! (We’re listing them in a random order for now, but we’ll make it alphabetical soon, so it is easier to follow)

by Snowman & The Game Band

This game is going to challenge your strategic thinking and puzzle solving skills. It combines a captivating narrative which follows the protagonist’s emotions and insecurities, with challenging puzzles to make you fall in love with both the game and the hero!

I have to admit this is one has caught my attention for a while: in this game the protagonist are a hunter and an eagle, who are tasked to dispel a curse that grips the world. The whole game is set in a fantastic environment, filled with mythical beasts and encounters that will keep you on your toes at all times.

In LEGO Brawls players will create their own LEGO (mini) characters and collaborate with their team mates in order to do what one LEGO master does: build. You will build and control machines, battle for supremacy and wins, and make them remember you! All of this is happening in the well known LEGO universe, so show them who’s got the best bricks!

If you haven’t played “the floor is lava” while you were a kid, it’s not too late to do it now! In this game you will have to jump, climb and do anything in your power to avoid the floor – because it is lava!

Oceanhorn 2: Knights of the Lost Realm

A whole new (reimagined) world where the knights rule and the dungeons are full of treasures ready to be looted, this game will let you fight mythical monsters and creatures, explore, and engage with all kinds of abilities. The game is set 1000 years before the original Oceanhorn, so it’s a sequel that will take you back to the origins!

Beyond a Steel Sky

In a dystopian future, somewhere in Union City, you will fight to hack through the city’s AI system and solve the thrilling puzzles waiting ahead. With some amazing graphics and compelling characters, you will hack your way through the challenges and have your way with the system.

But of course, that’s not everything! There are a ton more games to explore, so let’s go through them, shall we?

– Yaga by Versus Evil & Breadcrumbs Interactive

– Frogger in Toy Town by Konami

– Kings of the Castle by Frosty Pop

– No Way Home by SMG Studio

– HitchHiker by Versus Evil & Mad About Pandas

– The Bradwell Conspiracy by Bossa Studios & A Brave Plan

– ATONE: Heart of the Elder Tree by Wildboy Studios

– Assemble with Care by ustwo games

– ATONE: Heart of the Elder Tree by Wildboy Studios

– Card of Darkness by Zach Gage

– Cat Quest 2 by The Gentlebros.

– Cricket Through the Ages by Devolver

– Don’t Bug Me by Frosty Pop

– Exit the Gungeon by Devolver

– Over the Alps by Stave Studios

These are all the games that we currently know about, but knowing Apple there might be a lot more coming, so if you have a game that you are looking forward to seeing, don’t lose hope yet!

Don’t forget that all of these games will be ad-free, without IAPs and ad tracking for the Apple Arcade subscribers, so if you want a safe and secure game to play (or to let your children play), then I think we’ve given you enough titles here!

Are you excited for any of these games? For all of them? Let us know down in the comments below! I sure can’t wait to see how The Pathless will play out!

Apple Arcade: Full List of Games You Can Play Now