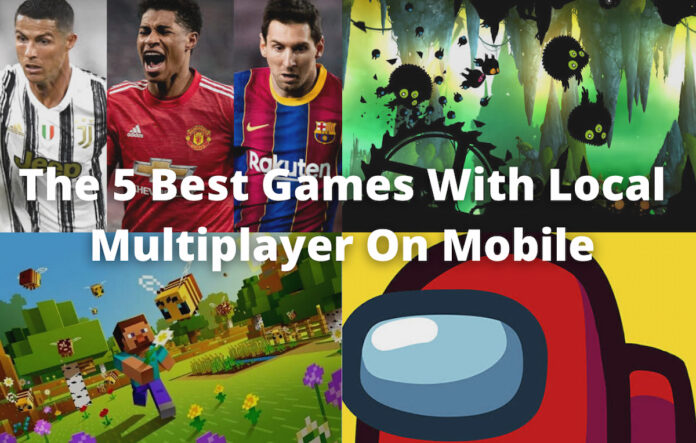 Regardless of how fun it can be to play online multiplayer games such as PUBG and the likes of Wild Rift, there are times when you might find yourself amidst a crowd of friends that may not be able to play those sorts of multiplayer games due to poor connectivity issues.

Oftentimes you might also want to play against a nearby friend and just have some fun on a single device or challenge your friends separately. So in this article we’ve compiled the best 5 games with local multiplayer that you can play with your friends nearby.

KONAMI’s eFootball 2021 has captured the hearts of over 200 million players worldwide and more than half of these players are active players, some of whom have had their game account since the game was launched in 2017 on mobile.

The developers didn’t include a local multiplayer feature at first but this was later implemented in PES 2018. Players could play two different types of local multiplayer either with a random player online or play with your close friend using Bluetooth connection.

This is an exciting party styled game that offers loads of rag doll physics and explosions. The game interesting all through and it allows you to eight players at once in local multiplayer.

It goes without saying that this is arguably the most popular local multiplayer game on mobile and other gaming platforms. Players can simply create their own servers with friends and spawn into a world that allows them do and create all types of crazy things while they’re there.

The single player mode lets you play alone but local multiplayer allows you play with friends. And you can even buy a server from Microsoft and invite all your friends to play there. The various game sessions makes Minecraft a game that doesn’t bore players for a long time.

It’s safe to say that Among Us was one of the most popular and most successful mobile games to launch in 2020. The game is pretty addicting and the concept is interesting. A group of five to ten players prepares a spaceship for departure, not knowing that some of the crews on the ship are imposters.

Some players will try to murder everyone on the ship while the remaining players must figure out who the imposters are. The game’s mechanics are fun and even if you’re not actually playing, it’s fun to watch others play. Among Us has an online and local WiFi connection for playing locally with friends.

The game supports local multiplayer and allows up to four players to play on a single device. There’s a lot to admire in Badland, even if it’s mostly just a dark world filled with evil looking creatures and traps that’s aimed to kill you at every turn. It’s one of the best local multiplayer games on any platform and despite its age, Badland remains a classic.