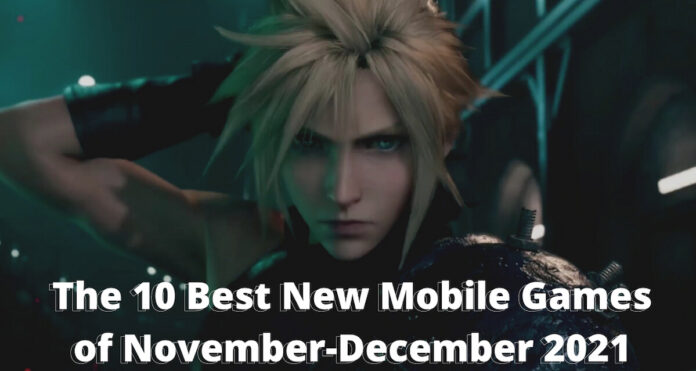 It goes without saying that 2021 has been a wonderful year for the mobile platform in terms of gaming because we’ve seen some of the best titles make their way to mobile this year.

And it got us thrilled and excited since gaming is pretty much the only platform that allows you be the hero of thousands of stories.

This is an action game that involves zombies that can move quickly but so do you. The game lets you equip a range of weapons to defend yourself against hordes or brain eating zombies after humanity’s massive decrease in future.

You play as a survivor who’s struggling to find a reliable cure that’ll stop people from becoming zombified mutants and create a safe zone from one of the city’s many locations. If you’re a zombie lover, definitely check this one out.

This is a construction simulator where you can take a look at a unique world consisting of different island and various buildings. You’ll need to conduct your activities in this unique, yet strange world by building settlements, and turn it into a mega city with millions of population.

The game offers you building materials as well as absolutely freedom of creativity. There are many different buildings in this game and you can place them wherever you see fit in this gorgeous looking game.

This is a gorgeous looking fishing game where your character is all by himself in a deserted island. The game story is interesting because you play as a once famous and rich movie star who on his way to his next filming location, his plane was struck by lightening and crashed in an unknown island.

Your only goal is now to survive and since you’re surrounded by water, your only choice of food are the fishes. The game offers a nice new look on fishing simulators and a story that blends well. Will the famous movie star ever escape the island?

This is new FPS game where the events were inspired by a growing conflict between not just countries, but amongst individuals as well. The protagonist is a young man who finds himself in the middle of the street in an ongoing war and must defend himself by pick up a weapon and learning to use it.

The game offers a ton of typical features you’ll find in FPS games such as using grenades, limited movements, tons of enemies to kill as well as avoid being killed by and many more.

This is an exciting new battle royale game that’s set 30 years before the events of Final Fantasy 7. This time you’ll play in the city of Midgard where you must battle amongst other players in hopes of becoming the last man standing and the first soldier recruit.

Despite the game having lots of similar features to battle royales such as PUBG and Call of Duty: Mobile, there’s a whole lot to admire in this game because it not only offer battle royale elements but that of Final Fantasy as well.

You can use features that aren’t available in other battle royale titles such as magic, summons, parkour and many more. If you love Final Fantasy and battle royale, this one’s for you.

This is a 3D idle-figuring game where you’ll play as a figuring master and explore captivating adventures in various worlds. The game’s project was executed in such high levels that it involves cutscenes of warrior girls in battle with local cats.

The game offers tons of unique feature and an entirely new genre as not many players are aware of the figure type gaming. There’s also colourful visuals that players will enjoy as well as an interesting gameplay.

This is cool-looking off-road arcade racing game that offers really good looking graphics, drift, and some elements of Forza Horizon. The game lets you speed, drift, and even jump to enjoy the view as your car goes up in the air.

The races take place in real time and you’ll have tidy up for every race and try to win in order to unlock new races and face challenging tracks. You can upgrade your cars and even hire new drivers to your team. Ultimately, the game is spectacular in various ways with nice controls, amazing graphics that’ll keep you playing for hours.

This is a unique puzzle game that lets you explore several locations and challenges you to solve the puzzles in these strange locations. The gameplay takes place in what looks like a cube with each side different from the other.

The storyline is interesting as well. You must solve the puzzles in the box in order to get the answers to all your questions.

This is the official adaptation of the highly acclaimed Rocket League game. This time it has been designed for touch screen devices and it did not disappoint. The game’s perspective also lets players see the cars clearly using their mobile devices.

Ever since it launched, Rocket League Sideswipe has been a success on mobile as its unique gameplay combination of SocCar sees you play soccer in a pitch but instead of using actual footballers, you’re using cars to score goals this time.

Lastly at number one we have Seven Knights 2. This is a direct sequel to the popular MMORPG game by Netmarble in 2014. You’ll play as various characters and even unlock new ones as you progress.

Each character has a backstory as well which makes the game’s stories a lot longer than the first. The graphics are also improved in the sequel as it comes with full 3D graphics which gives you better visuals when fighting enemies and using your special abilities.

You can use up to 4 characters in battle by switching to a y of them you wish to fight with. Picking one leave the other three to be controlled by AI. Seven Knights 2 improves a lot on the first game and you should definitely check it out.

That’s all we have for you on the best games of November-December of 2021 and if you believe there’s an interesting game out there that didn’t make our list, let us know in the comments below.