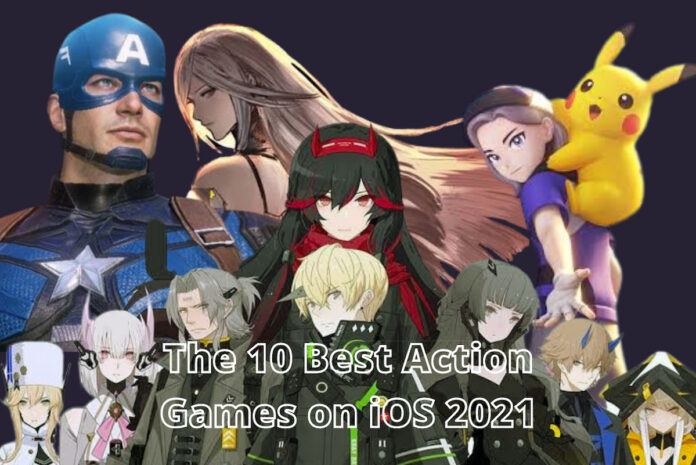 The Action game genre is one that offers stylised combat, great story and lots of action. Some action games also come in the form of one on one fighting, beat em ups, and full-time MMORPG.

So if you’re one who prefers games that require you to spend lots of time fighting and battling against enemies, then have fun scrolling through our list of the 10 best action games on iOS in 2021.

In Huntdown you get to clean up the streets as an unforgiving bounty hunter in a pexel-painted metropolis that’s been overrun by violence and corruption. The game takes heavy inspiration from from the 80s iconic action movies and arcade games.

Your primary objective is to take on the criminal masterminds of the city using a unique assortment of weapons and take back the city from anarchy. The game game offers a fast-paced action and strategic 2D combat against four other stubborn gangs.

Rush Rally Origins is a thrilling and challenging racing game that combines classic top down racing action from the original Rush Rally, only this time it comes with improved graphics and impressive physics.

You’ll take on over 35 new and unique levels across the globe with dynamic weather changing for each of the locations. You’ll race against tough opponents on challenging surfaces with natural elements such as dirt, snow, mud and gravel.

In this game you play as Pep, a cute and unique kind of mammal who is a newcomer to a village. It turns out you arrived at just the right time to save the village from a great storm. The townsfolk are looking up to you to save them but can you?

You’ll explore the forest, using just six actions per run, solve puzzles, choose the right order of actions, make new friends along the way, collect all 6 hidden trophies and unlock the ultimate secret, uncover the mystery of the storm and save the village.

Marvel Future Revolution is Marvel’s first ever open-world action RPG game. The game offers a massive open world that lets you play as your favourite MCU character such as the likes of Spider-Men, Storm, Captain America, Captain Marvel, Doctor Strange, Star-Lord and Black Widow to battle some of the MCU’s most iconic villains such as Thanos, Red Skull and Ultron.

There are also NPCs such as Thor, Rocket Raccoon and Nicky Fury. Future Revolution offers incredible graphics on mobile thanks to Unreal Engine. Enjoy realistic cinematic cutscenes and fluid combat in a fully realised Marvel universe.

This is a fantastic action game that offers various exciting modes all through the game. Players can play several modes such as Dominion, a 3v3 battle where you capture and hold an area with your teammates long enough to win.

You can also play a 3v3 Team Deathmatch, Battle Royale consisting of 8 players where the last surviving player wins. There’s also a Harvest mode which lets 4 players harvests variety of fruits and the player who harvests the most fruits and destroys the Mandrakes wins the round.

In Astracraft, the endless sky is another decisive battlefield where you play as a pilot for the Empire. You’ll fly through the flames of war, fight in the sky and assault enemies on the ground using your skillful maneuvers to avoid enemy fire.

The game offers a very dynamic combat system where you decide who controls the air, who wins the battles, and whether to attack with full force or maintain an advantageous position and patiently wait for the right time to strike. Can you be the Ace of the Skies?

This is a fast-paced stylish Action-RPG that’s packed with lots of excitement. The earth has changed, conquered by a robotic army that were corrupted, warped and twisted by a biochemical virus known as The Punishing.

Mankind as we know it is almost extinct. The remaining survivors fled into orbit aboard a space station called Babylonia. You play as mankind’s last hope, the leader of a special force unit called Gray Raven. Your task is to lead an army of soldiers and unravel the dark truths behind the deadly Punishing virus, defeat the Corrupted and take back the earth in this stunning action RPG.

Pokémon Unite has been making the headlines ever since it launched on mobile. The gameplay allows 10 players face off in a 5v5 team battle where the side that scores the most points within the allotted time wins.

Teaming up with strong characters and communication is key to defeating the wild Pokémon. You can evolve your Pokémon, level it up, strive and defend to stop the opposing team from scoring points. Pokémon Unite offers a captivating experience with interesting characters and great controls.

After awakening on a cold stone floor, a girl finds herself in an infinitely vast place with buildings with the height of skyscrapers. Not knowing where to turn to next, a mysterious creature who calls herself Mama, appears to guide you and help you explore this new and unfamiliar surrounding.

In order to reclaim what you’ve lost, you must embark on a journey through this unknown world and atone for your sins. Mama leads you to a place known as The Cage which holds the answer to all your questions. NieR Reincarnation offers console-like graphics, a captivating story and a unique combat system as well.

This is an action-adventure RPG that’s set in a cyberpunk universe. We’re not going to compare its features to Cyberpunk 2042 on console and PC but there’s a lot to admire in Cyberinka. The game offers a deep storyline that has you exploring a city of the near future called Bradbury Complex.

The graphics are impressive as the cyberpunk city is beautifully designed. You’ll meet interesting characters, complete missions, fight with street punks in street corners and even race through the neon lit streets in your sports car. There’s a lot to do in this game and if you want a true cyberpunk experience on mobile, this game might just be what you need. 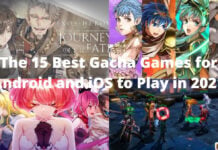