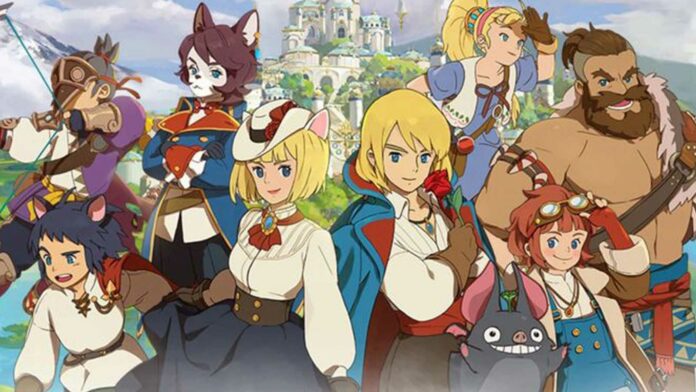 There are five characters in Ni No Kuni: Cross Worlds. They all represent different classes, and therefore the gameplay will also be different. Next, you can take a look at the Tier List from strongest to the weakest character. However, the difference between them is not very big, so you can choose the one you like the most.

This is a character that represents the classic Barbarian. You have a huge hammer and several skills that mercilessly destroy enemies with this weapon. Also, his passive skills allow you to reduce damage taken and restore health.

This is a character that does less damage than Destroyer, but much faster. If you like graceful swordsmen and a DPS class, then this character is what you need. His skills can inflict many fast attacks or very powerful ones. The Swordsman can also stun enemies.

The Engineer – A Tier

This character does ranged attacks, and also can play a support role. Engineer’s active skills can deal AoE damage and stun enemies. And her passive skills create shields and restore health.

RELATED: How to Reroll in Ni No Kuni: Cross Worlds

This character is also a DPS class, however, her attacks have medium and long-range. Witch skills can deal massive damage and slow down enemies. Her passive skills increase the attack, defense, and speed of allies.

The Rogue – B Tier

This character belongs to the support and ranged class. It can deal massive damage and knock enemies back. And the passive skills of Rogue can significantly increase the damage of allies and their attack speed.

In the end, you can pick whichever character you believe to be the strongest based on your playstyle. To us, this pretty much sums up our approach to the game! Let us know which character you like the most and why down in the comments below!