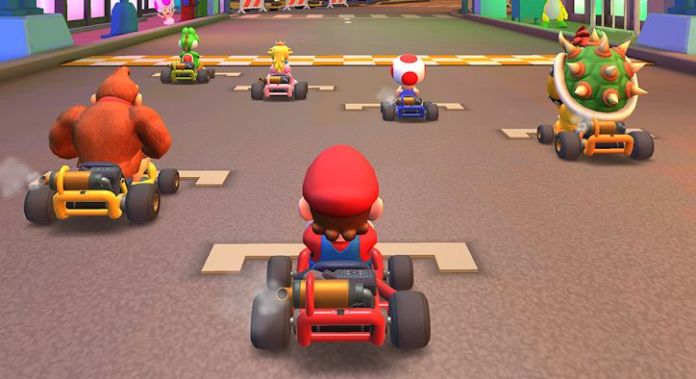 Because of this, creating a list of the best characters in Mario Kart Tour is pretty difficult: each character can be good in a certain situation – and even better than one that would normally be considered the better option because of their Special Skill.

But, in the end, it’s the Special skill that makes one driver better than the other, and that is what I will be looking at when sharing today’s list.

You still have to keep in mind the fact that, as I Said before, even these top drivers will be worse than others in specific races, if they don’t get the track boost. But when dealing with single-item power-up type of characters, I would always consider the ones listed below the best.

With all these in mind, let’s not waste a single second and instead let’s check out the best drivers in Mario Kart Tour!

The easiest character to get on our list. His special skill is really useful in all types of situations during races: we’re talking about Yoshi’s Egg, which chases opponents like a homing missile.

The only problem with Yoshi right now is that he only has 6 favorite courses, which puts him to a disadvantage against most of the other drivers who normally have at least 8. But new courses will be released regularly and probably things will change.

Although not the easiest skill to use, Peachette’s Mushroom Cannon starts firing mushrooms all over the track. This is perfect when leading and trying to consolidate the lead, but a more difficult to use when in crowded areas, since your opponents can steal your mushrooms!

These two have the the same special skill – Bowser’s Shell, which is extremely useful when trying to put some opponents away and get that lead (but not that useful if you are already in the lead). Still, a good destructive item that gives you an advantage over other drivers.

A really impressive Special Skill that surrounds your kart with 7 different items. They will all be used at once and the randomness of the skill makes it a bit unreliable, but it’s almost impossible for it to be completely useless. So we have to give her credit for such a solid skill!

Although I generally consider the offensive skills much better and more useful than anything else, I have to admit that the Heart special skill that these two drivers have is extremely useful, especially if you know you’ll be in the lead and don’t want that final second shell hit that sees you drop a few spots.

In other words, you get a heart that protects you from opponents’ attacks – extremely useful for those who are used to stay ahead and need that extra bit of security.

Right now, we only have 20 characters available in Mario Kart Tour and unfortunately they are not really scoring high in terms of uniqueness – at least when it comes to the things that make them different from one another.

This is a good thing, because an overpowered character can definitely ruin the fun of the game, but still, some diversity wouldn’t hurt.

And this diversity doesn’t necessarily come from the Special Skills, but the favorite tracks that each driver has (and it’s impossible to rank them based on this metric), as well as the quality of the boost that you get when you skill them up.

In these areas, though, the Golden Rule of Thumb is this: the rarer the character, the better it is. Rarer characters have generally more favorite tracks that the more common ones, while their skill boosts offer more as well.

But all in all, the differences on the racing track itself are almost impossible to be felt and all characters have equal chances at scoring that 1st spot, which is generally a good thing.

What do you think, though? Do you agree that the characters listed above are the best drivers in Mario Kart Tour or you have other favorites?