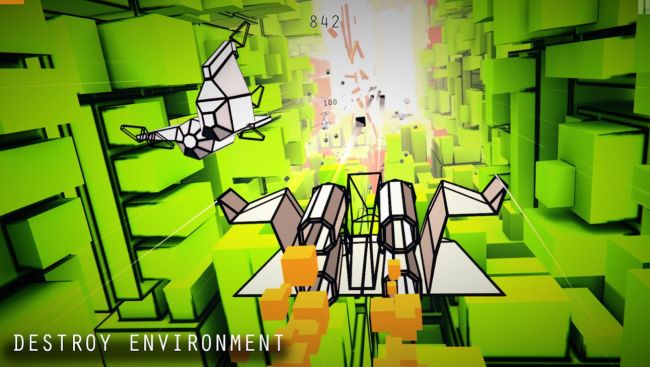 So no matter if you have the ultimate VR setup or any other VR headset that will let you enjoy something casual, these games are made to be enjoyed by everyone and they will deliver some unique experiences! However, because some of them are not for the faint of heart (myself included), I will mention that when it is the case!

But enough chit-chat! You came here to see our picks for the best VR games for Android and iOS, so let’s not waste another second and dive right into them!

Because if you’ve ever been to an amusement park (more specifically on a roller coaster) then you will know what I’m talking about! This game will let you experience the thrill of the ride without having to wait in lines or without even having to go outside of the house! How cool is that?

The game is best (in my opinion) played on a comfy (but not too comfy) seat where you can just enjoy the thrill of a huge roller coaster ride with everything – drops, twists and turns at every step!

You can download the game from Google Play and App Store.

A simple yet super effective and fun VR game which will keep you wanting to play more and more. It can be relaxing, but it can also be very… competitive (if you have a competitive nature).

Voxel Fly is a game with simple controls where you navigate a ship through obstacles and combining that with vibrant colors and good graphics, the only thing you need is to not get motion sick!

I definitely recommend this as one of my favorite VR games, especially if you play with a friend!

You can download Voxel Fly from Google Play and App Store.

Are you into the horror genre? Or maybe just like the thrill of scary games… Well, no matter what the result is, you will definitely get the chills. It is more of a story than an actual game, but if you want a really good VR thrilling experience, then you need to give it a try!

There are several paid versions / parts of the story, but this one is for free and that’s a good enough reason to try it. Now, I don’t recommend it if you don’t really fancy creepy stuff, but if you want to give it a shot anyway despite your fear, I won’t say not to do it!

You can download Sisters from Google Play and App Store.

Diving into the human body at a cellular level is something that us commoners don’t really get to do on a daily basis. InCell is an action racing game which requires some strategic thinking in process. It’s a fun game which, if you’ve got some passion for science you will definitely enjoy.

The game’s graphics I have to admit are absolutely stunning. I would recommend this game for a first timer of the VR world, because there is nothing scary in the game (unlike in the previously mentioned one) and you will get to try many interesting things while learning about the human body!

You can download InCell VR from Google Play and App Store.

Very similar to Roller Coaster, this game called VR Halloween Ride is going to give you a similar experience, except a little bit more chilling. The game is slightly less exciting than in Roller Coaster, but that is only to intensify the spook!

So if you want to see basically how a Halloween ride is, or a spooky ride from an amusement park, well, this is similar to that experience!

Because the previous game was only for the Android users, I felt like there should be a title that will give the iOS users some fun wit Halloween content as well! And that is exactly what this game will do.

Halloween Maze VR is a spooky Halloween themed game which places the player into a maze which they will have to solve. It’s definitely a game worth playing if you want to challenge your strategic thinking and overcome your fear of Halloween pumpkins!

You can download Halloween Maze VR from App Store!

I have to admit that I am a dinosaur lover and this game pretty much made my day when I started playing it. In the game you get to walk alongside dinosaurs from prehistoric times, ride them, and explore all the jungle there is around you.

Also, on the bright side you don’t have to be afraid they will bite your head off – because that can’t happen in reality! Still, you get to enjoy walking besides them and exploring the habitat they used to live in!

You can download the game from Google Play and App Store.

This game is one which will be a little more demanding than some of the others in the list, as it requires both a VR headset and gamepad controller. However, if you have them, then you can enjoy a fun and exciting shooter game.

Hardcode is a game which will keep you moving and alert at all times, so because of that you will have the whole shooter experience at another level entirely! Play with your friends, but make sure you don’t bump into each other around the house!

This game is definitely made for the puzzle lovers, as the game’s sole mechanics are to solve the maze and successfully get out of there! There are several different maze types, and all it takes is one wrong turn to mess up your plans completely!

So if you like a relaxing games which challenge your brain into making tons of decisions and solving puzzles, then you will enjoy VR Maze as if you were inside a real maze!

I couldn’t finish the list without adding one more horror game. Because if you are a fan of the horror genre then you definitely enjoy creepy scary games, especially if they are meant to make you jump out of your shoes!

Well, House of Terror in VR is a game which lets you search through the shady places, and investigate the mansion, while trying to avoid the monsters lurking in the dark. If you played Amnesia and enjoyed it, then you will enjoy this one just as much probably because of the VR experience!

You can download House of Terror VR from Google Play and App Store.

These would be all of our picks for the best VR games for Android and iOS. Do you know some more cool games that you would like to share with the rest of us? Leave them down in the comments section below!