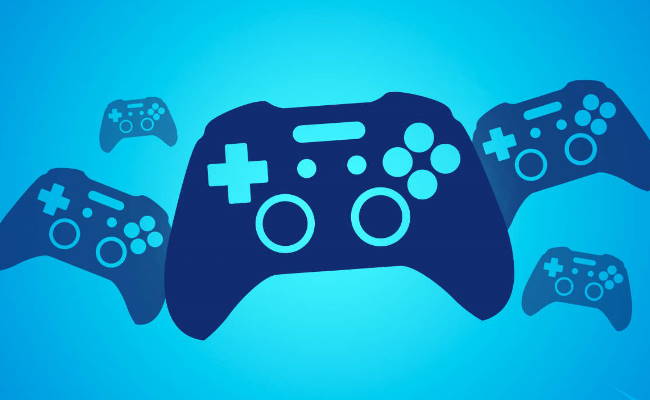 Mobile games have come a long way since the first set of smartphones, but if there’s one thing that people still debate about, it’s the control schemes. Touch controls have gotten a lot better, but there’s still arguably inferior to actual buttons and control sticks. Thankfully, with the rise of newer, advanced mobile devices, more and more games are starting to support wireless bluetooth controllers. Here’s a list of some of the best mobile games with controller support!

It’s no surprise that the best-selling video game of all time would be on this list. Minecraft is Mojang Studios’ blocking building game where the only limit is your imagination. Scavenge for materials, build a base to call your own, and survive the night as zombies and creepers stir awake.

Minecraft‘s mobile version (subtitled Pocket Edition until the Bedrock Edition unification) did a fantastic job of bringing the experience to mobile devices. The touch control scheme is very manageable and easy to use, but controller support was eventually added, and it makes the game much more comfortable to control.

Compatible with just about any bluetooth controller, Minecraft‘s interface becomes a lot easier to navigate with the aid of a directional pad. Fighting is a lot easier to since you can strafe around and look in different directions. Minecraft benefits greatly from controller support!

Terraria is a 2D action adventure game with building elements. Known to many as the 2D version of Minecraft, Terraria has since made a name for itself by incorporating more action RPG elements into gameplay.

Terraria has a much greater emphasis on combat, thus the ability to move around swiftly is required. The touch control scheme is fine, but it definitely limits you in your agility. Using items and weapons also gets a little cluttered too because of all the buttons.

Because of the touch control scheme issues, Terraria is a game that benefits greatly from a controller. Also, thanks to one of the recent 2020 patches, Terraria is now fully compatible with most bluetooth controllers! You can even rebind buttons as well if the default scheme isn’t to your liking.

If you’re looking for a simple, no-nonsense shooter to get into, why not turn to the classics? The king of all FPS games DOOM is available on both iOS and Android, and what better way to test out your new controller?

The mobile version of DOOM‘s touch screen controls are pretty good, and the game doesn’t have too many inputs to begin with. Despite a decent touch control scheme, a controller makes DOOM feel all the more natural. Slay some demons from the comfort of your own controller!

Speaking of shooters, we can’t ignore perhaps the biggest shooter of them all: the Call of Duty franchise. Call of Duty: Mobile released last year to large acclaim, and of course you know the game is going to have controller support as well.

Like many of the other games on this list, Call of Duty: Mobile’s touch control scheme is perfectly fine, but it does limit your reflexes quite a bit, and obviously that’s a big disadvantage in a fast-paced shooter.

You’ll be pleased to know that Call of Duty: Mobile supports all popular bluetooth controllers straight from the get-go, and you can even fine-tune some settings like stick sensitivity.

Now here’s a game that needs no introduction! Epic Games’ Fortnite is a third-person shooter battle royale that pits players against each other in a large open world. Not only will you scavenge for weapons and gear, but you’ll also collect materials that allow you to build simple structures that can give you the battlefield advantage.

Fortnite‘s touch control scheme is fine once more, but as is always the case you want more precision and accuracy in a shooter. Fortnite has in-depth controller support just like Call of Duty: Mobile does, so make sure to bring your favorite controller into this long-running battle royale.

Sky: Children of the Light

If you’re looking for something a little more relaxing and peaceful, Sky: Children of the Light is probably more up your alley. Developed by thatgamecompany, the studio behind the artistic masterpieces like Journey and Flower, Sky is a beautiful 3D adventure game where you play as one of the eponymous children of the light and explore a breathtaking world.

Sky isn’t really an action game per se, and you don’t really need precision controls, but the game does feature gliding. You can glide around levels with the aid of your enchanted cape, and a controller really helps with guiding yourself in the air.

Another relaxing game to balance out all the high-intensity action, Stardew Valley is a farming life simulator where you work on bringing an old, abandoned farm up to code. Life in the city’s got you down, and you’ve come to Stardew Valley in hopes of changing your life for the better.

Stardew Valley’s farming, mining, and combat can get a little intricate and the interface can become unwieldy, but a controller alleviates all of these problems. The combat specifically suffers from some finicky touch controls, and a controller helps so much.

Castlevania: Symphony of the Night

The “metroidvania” genre has seen a boom in recent years, thanks to all the indie games that are fond of it. If you want to take a look back into the past and see where it all started, look no further than Castlevania: Symphony of the Night.

While Nintendo’s Metroid series came first and solidified many of the staples of the genre, it was Symphony of the Night that projected the genre into popularity. Konami’s long-running Castlevania series had been a pretty straight forward action platformer until Symphony of the Night, where it shifted to a more adventure RPG experience.

Symphony of the Night‘s mobile port is perfectly fine and features a good touch control scheme, but if you really want the full classic experience, you’ll want to use a controller for this one.

One of the most popular online games for kids, Roblox is basically an easy-to-use platform where players can create their own worlds and games. If you can dream it, someone’s probably made it in Roblox: there’s racing games, fighting games, shooters, adventure games, RPGs, sports games, and more!

Roblox was originally released for PC, but it has since come to mobile and Xbox One. The game is cross-platform, meaning you can play with anyone no matter what system they’re playing on. This also means that the game accepts controller input as well.

Thrilling high-speed chases await you in Horizon Chase, a brilliant arcade racing game inspired by racing games from the past. With a unique art style that blends retro graphics with modern art, players will blaze through beautiful environments inspired by the world.

Horizon Chase is simple enough that anyone can pick it up and play but in-depth enough to provide a challenge for those seeking it. The simple arcade nature gives the game lots of replayability, and you’ll be pleased to know it has full controller support. You’ll want precision driving for this one!

Oceanhorn is a 3D adventure game that is heavily inspired by classic adventure games like The Legend of Zelda. Sail across a beautiful fantasy world and take down evil creatures, solve challenging puzzles, and gain new equipment along the way.

The game’s touch control scheme is fine for what it is, but controller supports gives you the full control you need. Play through the game with a controller and you’ll get the real adventure experience!

Like Oceanhorn above, Brawlhalla is another game inspired by one of Nintendo’s franchises, this time the Super Smash Bros. series. Brawlhalla is a 2D platform fighting game featuring characters from different mythologies.

Choose one of the cool and flash characters and then engage in fast and frantic close-quarters combat against other players from around the world. Each character gets to use different weapons that have special attacks. The more damage characters take, the farther they go flying, so lay on the pressure and knock your opponent off the stage!

Brawlhalla is one of those fast-paced action games where you just need a controller for a smoother experience, like the shooters we mentioned earlier. The touch control scheme is decent, but a controller gives you way more precision.

And that concludes our list of some of the best controller supported mobile games! Have a favorite controller game that’s not on this list? Let us know in the comments below!