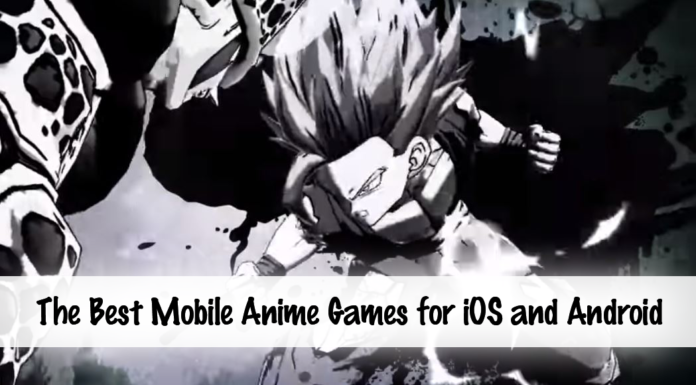 Are you an anime fan and want to spend even more time immersed in the wonderful world of animes? Then you came to the right place – because in today’s article you’re going to discover all of the best mobile anime games for mobile.

As an anime fan myself, I spent hours and hours in games like 7DS: Grand Cross and Girl X Battle 2, and I genuinely enjoyed every moment of it. I am sure that if you’re not familiar with some of these titles, once you install and play them, you’ll come to love them as much as I do.

So without further ado, here are my picks for the best mobile anime games for iOS and Android!

In terms of anime games, 7DS is by far one of my all-time favorites. When you start playing the game, you will not only experience the action from the anime (and manga respectively), but also get to enjoy amazing animations and gameplay.

No matter if you know the anime or not, you will definitely enjoy this game. You will learn the story of each Deadly Sin, and discover tons of quests and instances to immerse yourself into. And in case you were wondering about the other aspects of the game, the graphics and great, and the gameplay is easy-to-understand and interactive.

This MMORPG is nothing like the other Naruto games that already exist. This one is pretty much you-dependent, and will feature all elements that make a MMO a good one. You get to choose between four different classes, and will team up with other players to form the ultimate dream team.

It’s interactive, it has amazing graphics (like Naruto Shippuden) and the best part? It’s an open world game. I definitely suggest giving this game a try, especially if you’re a Naruto fan.

This adorable yet challenging game will really appeal to you if you love gacha mechanics, and idle farming in a game. You can choose between a ton of characters (more than a hundred last time I checked) and assemble a team of girls to help you defeat enemies.

It’s pretty simple, but in order to be successful, you’ll have to farm quite a lot – the right items are not all that easy to obtain. It’s a pretty casual RPG, so if you want a great anime game to invest your free time in, Girls X Battle 2 is a great choice.

SAO is a series with great success in the anime and manga world, but it’s nothing short of amazing in the game world either. Memory Defrag is a really good one in terms of gameplay, characters, graphics, and pretty much everything. However, it is completely different when you compare it with other games in the franchise (like Integral Factor listed below).

Memory Defrag is kinda similar to Epic 7 and other adventure action RPGs, which is definitely a win in my book. So, if you like Epic 7, Sword Master Story, and other fun games like that, I suggest you give it a try.

Integral Factor is another great name in the SAO series, and I just couldn’t bring myself to choose between the two. This SAO game will let you experience the game from a better perspective, provide the option to party up with different players, and fight various bosses. That means it’s closer to the core of the SAO series.

I know the opinions are split when it comes to SAO games, but if you want a more realistic approach, then this is the one you want to play.

If you know and love Dragon Ball, then you really need to play this game. I don’t say that lightly, because I know how many other DB games are out there. However, this one is by far the best. It’s got immersive, real-time battles, tons of players to team up with, and all the characters you might want.

This game will keep you glued to your mobile device for hours (and I am not even joking, I know that from personal experience) – you’ll have a million things to do, quests to complete and characters to unlock, and honestly it never gets boring.

So, if you are a Dragon Ball fan, make sure you play Legends because it’s going to re-ignite your love for the manga/anime.

One-Punch Man is not only a great anime (or manga, for those who prefer to read the manga), but also a great game nowadays. Road to Hero 2.0 is fun, has engaging battles and good graphics (and animations), and it’s everything that you might want from a good One-Punch Man game. If you’re looking for a fun game that perfectly encompasses the core of the anime, then you should give this one a go.

However, there is one small feature that might not be to everyone’s liking – the premium stuff. The game leans towards a more p2w approach (you’ll see once you advance a little bit), but if you’re dedicated and spend a lot of time in-game, you can make up for it.

This game is absolutely fantastic from multiple points of view. First, it’s got amazing lore – it has good characters (that actually tell a story), good interactions and great graphics. Then, you have the gameplay – it’s got well-done battles, good-looking skills and pretty much all the good stuff you want from a RPG.

I wholeheartedly recommend Fate/Grand Order for any anime and game lover out there, especially for those who know the anime Fate/ series.

Are you looking for a great RPG that features all the good elements of a good anime game? Then Tales of Crestoria is the one you want to play. It has a great story, you have a selection of good characters, and there are a lot of quests and tasks to keep you busy for several hours every day.

What stands out from most of the other anime RPGs though, is the great 3D graphics that make it even more realistic. I would argue that only 7DS is better in terms of 3D graphics! So, go ahead and give it a try!

Last but not least is a game that I’ve been playing for a couple of years now – Azur Lane. This game cleverly combines anime graphics with RPG, shooter and tactical game elements to create something extremely engaging for any anime game lover out there (myself included).

From the images and videos you can’t really grasp how great this game is, and therefore I really suggest you go ahead and play it. I guarantee you – you’ll like it more than you think (once you figure out how it works).