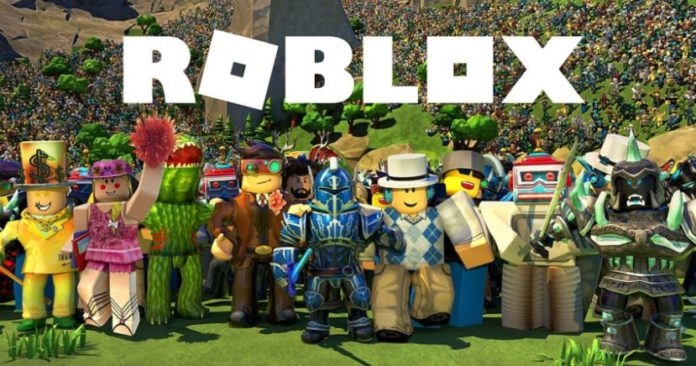 Roblox is a unique game – and more than a game at the same time. This means that there aren’t really any games exactly like it out there, but in today’s article we’re going to try the impossible and recommend some games like Roblox for mobile.

Since Roblox itself is a platform that allows the creation of games and has all genres available for you, it’s difficult to take a single game not available on the platform and say that it’s like Roblox.

But just like other platforms that make recommendations based on your preferences – I am talking about services like Spotify or Netflix – we are also going to recommend games that you will love if you enjoy Roblox.

In other words, our list of the best mobile games like Roblox will feed your desire to get creative, explore a similarly-shaped world and have a similar level of freedom just like you do in Roblox, even if the games recommended are not blatant copies. All in all, I am sure that you will absolutely love them!

Created by Tellurion, RealmCraft is a charming sandbox construction and block building game with tons of features available: various minigames, pre-made worlds, procedurally-generated environments and a large, active community around it.

The game is absolutely brilliant and you won’t get bored playing it, while its graphics will provide enough eye candy to keep you hooked. In other words, if you’re looking for a free Roblox alternative to play on mobile, Realmcraft is a perfect choice!

Download the game for free from the App Store or Google Play.

Unleash your inner beast (or not) and play as a wild animal in this unique open world RPG for mobile created by Turbo Rocket Games. It will be a lot more fun than it sounds!

You can create your own animal family in this game, unlock new races, play together with friends and explore the wast worlds inside this game, facing all sorts of dangers and challenges along the way.

While the game is less focused on the creation part, and more on the exploring & survival elements, we are still confident that you’ll consider it a great Roblox alternative for mobile.

Out of all the games on our list, Blockman Go is probably the closest to Roblox in terms of features, concept and gameplay – and definitely your best choice if you want to play something almost identical. And since you’re here, you probably do!

There are tons of min-games available for you to try in this game, there are also tons of social elements so that you can connect with others and make friends and overall this will turn into a virtual world that you will never want to leave. Sounds too good to be true? Check it out and you will see for yourself!

This is probably a game that everybody has at least heard about if not player already. This is the blocky-crafting game that started it all and after all these years it’s still one of the best available on the market.

The amazing thing about Minecraft is that it’s at the same time like Roblox and completely different. Yet, you can’t help but love it and play it non-stop. It’s that good and you probably know that already – but even so, we had to include it on our list.

Tip: The newly-launched Minecraft Earth might provide an interesting alternative, with its new gameplay mechanics and AR focus.

One of the best looking games on our list and probably the most underrated: this game HAS to be played, especially if you’re looking for something similar to Roblox. It’s chock-full of features, easy to play and extremely fun.

It is an open world game featuring exploration, crafting and taking your creativity to the next level. Or you can try the various mini-games, with FPS titles available, as well as strategy, parkour-like games and much more.

Really now, do yourself a favor and play this game right away – you won’t regret it! Most likely, you will have a new favorite after trying it!

We’re moving away a bit from the common theme of all the games recommended above and trying something new: Lost Miner, created by Caffetteria and only available on Android at the moment of writing.

With some funky retro graphics and a different, 2D approach, Lost Miner is not like the other games on our list – which is not necessarily a bad thing. Sometimes, a different perspective could be just the thing you need.

And even though not exactly the same, it still features exploration, crafting and a fully destructible world that you can interact with and build to make it your own. Pretty fun for sure!

Download the game for free from the Play Store.

We’re sticking to the different perspective with the excellent Blockheads, created by Mgic Jungle Software. A side scrolling, block-based sandbox game with procedurally generated worlds where everything is possible.

You can play this game alone or with friends, explore pre-made worlds or let the unknown surprise you. Whatever you choose, you will have heaps of fun crafting, exploring and surviving – then starting all over for even more fun.

If you’re more about the creative aspect of the game – and also look for a deep social element, Cubic Castles is the game you’re looking for. More casual and slower paced than others on this list, it remains fun to play and fills a gap that had to be filled, offering relaxing, no-pressure-on-you type of gameplay.

In this mobile title, you craft and build and explore and never stop. You can interact with other players, trade with them and take part in all sorts of design-related competitions held in the game itself. Fun and relaxing!

Created by Ubisoft, Growtopia really takes Roblox’ concept of offering a do it yourself experience and puts it in an old school, 2D environment with simple graphics but complex customization options.

From creating your 100% unique character to building absolutely anything in the game’s world, Growtopia has it all, from the social aspects to the thousands of user-generated levels and mini-games.

Terraria is up there on the podium, together with Roblox and Minecraft in my opinion – and probably another game that requires no introduction because everybody knows it.

The truth is that you can’t really understand how amazing Terraria is until you give it a try: and when you do, prepare to fall in love with it irreversibly!

This is a completely re-imagined and rebuilt game for the mobile (based on the PC version) and it’s truly spectacular: complete freedom of play, easy controls and tons of features make Terraria not just a game that’s similar to Roblox, but one that should be played no matter what!

We had our Android-only game recommended earlier and we’re now evening things up with an iOS-only title created by LindenLab (the company behind the insanely popular Second Life or the more recent Sansar).

Blocksworld is a more casual, child-friendly approach, but one that works incredibly well, offering its players control over the minigames that they create and share with others (or play themselves).

The building part is extremely simple, using drag and drop mechanics, so the little ones can use it easily, while adults can still go more in depth and create truly unique games or whatever they feel like. All in all, a nice alternative to Roblox.

And these would be the best games that you can play on your mobile device if you’re looking for something similar to Roblox. I am sure you will love them all, no matter how different they are in concept with the original.

If you have a different recommendation – or more – we’d love to hear from you, so don’t hesitate to comment below. 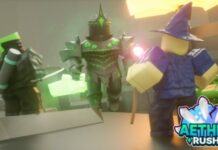 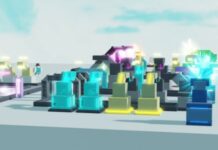 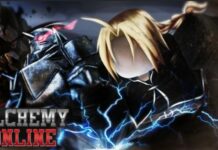