Home Apps & Lists 10 of the Best Game Boy Advance Games We Would Love to... 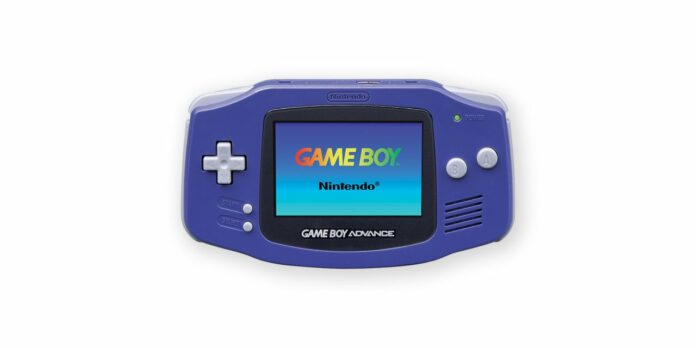 While the Nintendo Switch is an amazing console featuring tons of excellent games, the system isn’t as good as letting players enjoy classic Nintendo games as the Wii U console, lacking access to the Virtual Console service.

Things, however, have been slowly changing thanks to the additions made to the Nintendo Switch Online service, as subscribers can now enjoy NES, SNES, Genesis and Nintendo 64 titles, with the list of available games expanding failry regularly.

It seems like Nintendo is not yet done adding more value to the service as well, as it has been discovered that the Japanese company has been testing a Game Boy Advance emulator on the Switch, something that suggests that games for the classic handheld will be coming to the console in the near future.

While we do not know which games will be coming for this new addition to the Nintendo Switch Online service, there are certain titles we feel should be part of it, as they haven’t been remade for more modern hardware and definitely need another chance of reaching a wider audience.

The Castlevania series is among the most popular video game series ever made, and much of its popularity is thanks to Castlevania Symphony of the Night, a game that improved on the classic platforming experience of the series with role-playing game elements.

Castlevania: Aria of Sorrow, while not as good as the excellent Symphony of the Night, is amazing title that takes everything that made the now classic entry in the series great and brings it to eleven, with the addition of gameplay mechanics like Tactical Soul that lets main character Soma Cruz steal abilities from the enemy. The game still looks and plays great today, so there really wouldn’t be any reason not to add it to a Nintendo Switch Online Game Boy Advance library. Unless Konami continues to behave as weirdly as it has these past few years, having removed itself from video game publishing almost entirely.

Final Fantasy Tactics: War of the Lions is, still today, one of the best tactical role-playing games ever released, and its star shines so bright that it often shadows its sequels, which are just as good as their illustrious predecessors when it comes to gameplay.

While Final Fantasy Tactics Advance really cannot compare with its predecessor when it comes to story, the Game Boy Advance exclusive tactical role-playing game more than holds on its own with its gameplay, featuring the same amazing Job System that allows players to customize their units with little to no limitations, tightly designed maps and tons of content. The story may have a very different tone from the dark tale featured in War of the Lions, sure, but Final Fantasy Tactics Advance still manages to be extremely memorable, and it would be a worthy addition to the Nintendo Switch Online service.

Fire Emblem: Awakening took the world by storm and finally put the series on the map of many players all over the world, but the series has been a thing since 1990, when the first entry in the series made its debut on the glorious Nintendo Entertainment System. As such, not many have experienced the Fire Emblem games that released before the Nintendo 3DS game.

If there is one game that new fans of the series should experience is Fire Emblem, also known as The Blazing Blade, the seventh entry in the series and the first Fire Emblem ever to get localized for Western audiences. While the gameplay experience is extremely traditional, featuring staples of the series such as the Weapon Triangle system that dictates which weapon is strong and weak against another, and the Class System which allows units to promote once certain requirements have been met, the story and characters are extremely good, and make the experience so memorable that all fans of the series need to experience it at least once. And a release on the Nintendo Switch Online service would make doing so extremely convenient.

Despite being one the classic series that defined the Super Nintendo Entertainment System, Nintendo seems to have forgotten all about the F-Zero series. Sure, Captain Falcon is a mainstay of the Super Smash Bros. series, but how long has it been since we have seen him ride his Blue Falcon in a high-speed race? Too long, far too long.

Bringing F-Zero: Maximum Velocity to the Nintendo Switch Online Game Boy Advance library would be a great way to test the waters to see if audiences all over the world would be ready for a modern reimagining of the series. To be honest, the game isn’t all that different from the classic SNES game, which is already available as part of the Nintendo Switch Online service, featuring multiple tightly designed tracks, and a character roster that only knows how to race as fast as humanly possible, but when a game is as good as this, it doesn’t really matter that the experience isn’t exactly innovative.

If you have made it this far in the list, you may have noticed how we have talked mostly about role-playing games. It is not our fault, truly: the Game Boy Advance was such an RPG powerhouse that it was impossible not too include many of them.

Among the role-playing games that deserve another chance on the popular Nintendo Switch is Golden Sun, which is the closest Nintendo ever got to making their own Final Fantasy. A group of magically gifted heroes? Check. An ancient and dangerous power attempting to reawaken to bring the world and its populations to heel? Check. Turn-based combat featuring tons of different abilities to use? Check. All this, with the addition of other mechanics, such as plenty of puzzles to be solved using spells that can be cast even outside battle, make Golden Sun one of the most iconic RPGs released in the early 2000s, and a game that needs to come to the Nintendo Switch in some form. Both GBA entries in the series would be welcome, but if we had to pick only one, the original would have to be our choice, given how good of an introduction it is to the magical world of Golden Sun.

Any Nintendo console released after the glorious Nintendo Entertainment System and the original Game Boy would not be worthy of being called a Nintendo console without an entry in the Mario Kart series. So, is anyone truly surprised to learn that the Game Boy Advance did get a Mario Kart game?

Mario Kart: Super Circuit is the first handheld entry in the series ever, and, as such, it isn’t particularly experimental, featuring the same character roster of previous entries in the series and a gameplay experience that is quite similar to that of the original first entry in the series released on the SNES. Still, there’s a lot to like in the game, especially the track design that makes the game’s traditional experience extremely engaging. And its release on the Nintendo Switch Online service would turn the Switch into the definitive console for Mario Kart fans, as it would feature multiple entries in the series that can be played on the go. Sure, it’s already like this already, but having more wouldn’t hurt, wouldn’t it?

When it comes to the Metroid series, I wish I would never have to make a choice. Every entry in the series should be available on every Nintendo gaming, with only a few exceptions.

Alas, we do have to make a choice, and one that is very difficult when it comes to the Game Boy Advance library, as both Metroid Fusion and Metroid: Zero Mission are amazing games, but for different reasons. While the first excels in atmopshere, featruring one of the most oppressive settings in the series, the second features amazing gameplay that allows players to get off the beaten path more. At the end of the day, however, I feel the Metroid series is more about its unique world and characters, and so Metroid Fusion definitely comes out on top, if only slightly. Nintendo may surprise us by releasing both titles as part of the Nintendo Switch Online service, but if they settled on releasing only Metroid Fusion, you would definitely not hear me complaining.

You saw this coming, didn’t you? There was no way that a top list of Game Boy Advance games wouldn’t features Mother 3, which is not only one of the best games released on the system, but also one of the game role-playing games ever released.

A release of the third entry in the popular series known as Earthbound in the West on the Nintendo Switch Online service would be a monumental moment in the history of Nintendo, as the game was never officially released in the West, forcing English-speaking players to get a translation patch to enjoy its charming characters, beautiful setting and the traditional turn-based combat system enriched by the musical combo system that allows players to time their button presses in time with the music to deal additional damage. Nintendo already did so with the first Mother a while back, so we believe the time has come to this again, and finally make one of the best games ever made available to a wider audience.

For all the younger players out there, seeing Sonic the Hedgehog speed his way through colorful stages on a Nintendo consoles isn’t a big deal, but for older players, it actually is, as there was no way the fastest hedgehog on the planet would come to a Nintendo console back in the early 90s.

While plenty of Sonic the Hedgehog games have been released on the Game Boy Advance, none deserves a second chance as a Nintendo Switch Online game more than Sonic Advance 3. The game may not exactly look like a traditional Sonic the Hegdheog game, but it definitely plays like one, featuring an amazing level design, a big character roster that includes fan favorites like Sonic, Tails and Knuckles, all coming with unique abilities, and a fast-paced experience that sees them speed through loops and the like to bring joy to all fans of the series. Gotta go fast has never held more true than in Sonic Advance 3, a game that should be experienced at least once to understand why it’s not only the Genesis Sonic the Hedgehog games that truly deserve to be played.

The Legend of Zelda: The Minish Cap

So far, Nintendo has done an excellent job at providing The Legend of Zelda fans experiences on Nintendo Switch that cater to different tastes, offering open-world games fans something amazing with Breath of the Wild while also showing some love for the classic top-down, 2D experience of the series with Link’s Awakening.

If you’re among those who thinks A Link to the Past is the best Zelda game ever, you’d better start wishing for The Legend of Zelda: The Minish Cap to release as part of the Nintendo Switch Online service, as the Game Boy Advance game does everything the SNES game did and then some, with the Minish Cap allowing Link to shrink down to a minuscule size opening up some very interesting gameplay mechanics. And don’t be fooled by the fact that it is a handheld game: The Legend of Zelda: The Minish Cap is as big and engaging as any other entry in the series, and it would be an amazing addition to the Nintendo Switch Online library.