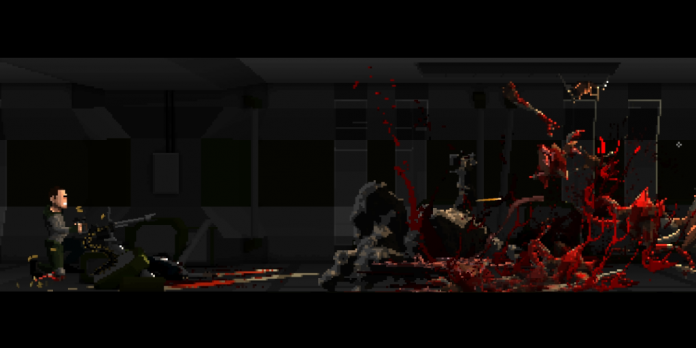 Many shooter games have been released on the App Store this year and more will be coming in the future. Among the games launching sometime next year is a really interesting shooter game featuring a rather simple gameplay experience and unique graphical style which will surely manage to get more than a few fans.

This upcoming game is called Let Them Come. In this 2D shooter game players will have to deal with hordes of different enemies coming at them. Players are not able to move so the only thing they can do is blast them away with their powerful turret. Players will also be able to use a variety of other different weapons which can be more effective depending on the type of enemy that’s trying to kill them.

While the Let Them Come experience seems to be very simple, there are a few features that will make it stand out from the competition. The first one is the huge variety of enemies that will be included in the game, with each enemy type coming with its own unique abilities. The second one is the already mentioned game’s beautiful 2D graphics which make the Let Them Come atmosphere rather unique.

Let Them Come will be released sometime next year on the App Store in all regions. There are currently no news on precisely when the game will be released but we will let you know more about the matter as soon as possible so stay tuned for all the latest news.