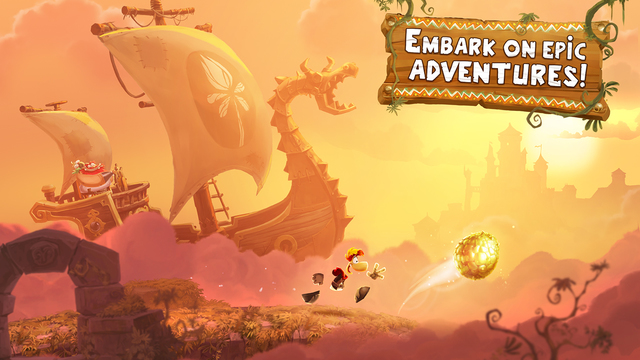 Rayman Adventures is only slightly different than Rayman Jungle Run and Rayman Fiesta Run but not all that much, as the main character Barbara still runs automatically through stages. The main difference is that players can change the direction where Barbara runs with a swipe, giving players more freedom to explore stages while retaining the same simple control scheme of its predecessors.