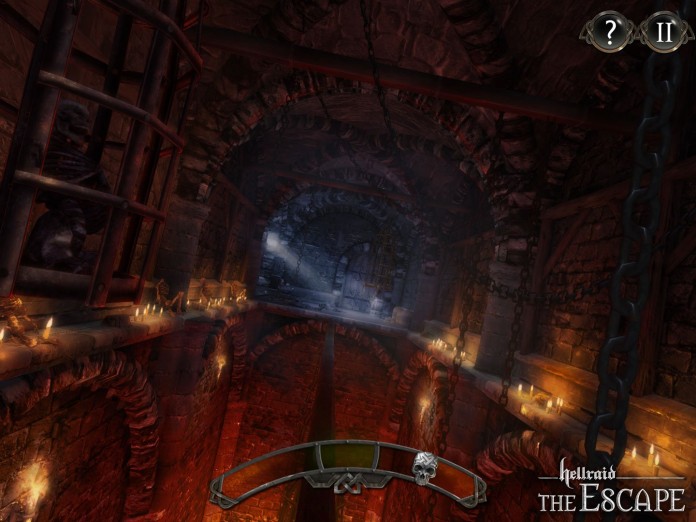 There’s no lack of first person shooter in the gaming scene and even mobile devices get their fair share of titles offering intense action and plenty of shooting.

In this regard, Hellraid: The Escape, a mobile tie-in to the upcoming PC and console game, is a pretty unique title. While it’s true that’s yet another first person game, you won’t be shooting much in the game but rather explore some eerie locations and solve several puzzles. And show demons and other hellish creatures that a sharp mind is more deadly than any other kind of weapon.

Your character in Hellraid: The Escape is apparently dead but that doesn’t stop him from solving some tough puzzles and uncover his own identity and the reasons behind his unwanted journey through hell.

One thing is for certain at this point, though: the game looks really beautiful and it will utilize the Apple’s hardarw to the fullest. Last, but not least, the game is not going to feature any IAPs, something that very few mobile titles can boast of in recent times.

Hellraid: The Escape will launch on the App Store on May 5th. The game is going to be a Universal App, meaning that it can be played on both iPhone and iPad.