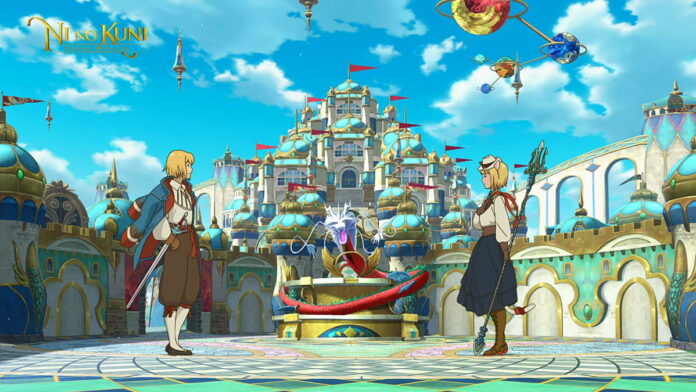 In 2013, Level-5 Inc. and Bandai Namco released Ni no Kuni: Wrath of the White Witch globally to critical acclaim. The game garnered much respect for being a throwback to Japanese RPGs of yesteryear, but easily the most striking feature about the game was its unique, animated cel-shaded look that looked very similar to a Studio Ghibli film.

The answer to this question is a bit of a long story. The Ni no Kuni franchise started out way back in 2010 with the first game, Ni no Kuni: Dominion of the Dark Djinn on the Nintendo DS. Level-5 wanted to create a world and story that would resonate with children, so they decided to collaborate with renowned animation company Studio Ghibli in order to incorporate their trademark style into the game.

Dominion of the Dark Djinn featured full-motion videos for the story cutscenes so that Studio Ghibli could show off their prowess, but they were hampered by heavy compression due to being on the Nintendo DS. Three years later, Ni no Kuni: Dominion of the Dark Djinn was remade for the PlayStation 3 as Ni no Kuni: Wrath of the White Witch. Thanks to the huge jump in storage space, Wrath of the White Witch was able to fully show off the beautiful animated scenes.

When Studio Ghibli was brought onto the project, not only were they in charge of the animated cutscenes, but they also helped developed the story and characters. They weren’t involved with the gameplay mechanics, but they did lend a lot of help to the world building process.

In 2018, a sequel was released called Ni no Kuni II: Revenant Kingdom. Although the game still carried the same aesthetic established in the first game, Studio Ghibli was not involved anymore, and the story and characters were all done by Level-5. Even so, independent composer Joe Hisashi and former Ghibli character designer Yoshiyuki Momose worked on the game. From here on out, the Ni no Kuni series continued onward, but with little to no official involvement from Studio Ghibli.

So, to answer the question, Studio Ghibli did not make Ni no Kuni: Cross Worlds, despite the game’s aesthetic being very reminiscent of their films. What do you think of the game’s looks? And what about Studio Ghibli’s history with the franchise? Let us know your thoughts in the comments below!