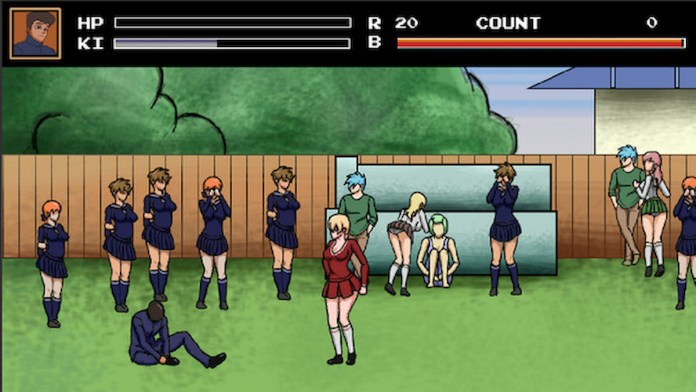 College Brawl is a fun fighting game that’s set on college campus grounds. After your friends get their things stolen by a notorious gang, they seek out your help to try and get back the stolen items by fighting other college students, hence the title of the game.

Popular for its Red Kat, the gang is made up of dangerous fighters and tough bosses that will stop at nothing to put you down. So in order to emerge victorious, you have to be an incredibly good fighter yourself. So if you’re ready for battle, here is College Brawl MOD Apk v1.4.1 – Download.

We regularly remind players to always download games from official channels such as the Google Play Store for Android devices or App Store for iOS devices. However, these channels do not offer MOD APK to players, so below is how to download College Brawl MOD Apk v1.4.1.

After successfully installing the game, open it and enjoy a modded APK of College Brawl v1.4.1 with unlimited resources which you can use to upgrade your character and buy items that’ll make them more powerful in a fight.

The gameplay for one is very engaging as you play as Ken, a college student that’s determined to help out his friends. You’ll be tasked with navigating through various locations in college and battling enemies at every turn.

Initially, you start out with basic fighting skills that aren’t very interesting but as you progress, you’ll collect rewards for battles won which you can use to purchase upgrades and weapons for your character because like many other fighting games, leveling up your character is a critical aspect once enemies become more powerful to defeat.

The game also has intense boss fights as you’ll be going up against leaders of the Red Kat gang that are more difficult to defeat than regular enemies due to their unique abilities and powerful attacks. So if you’re ready to help your friends, use the link below to download College Brawl MOD Apk v1.4.1.