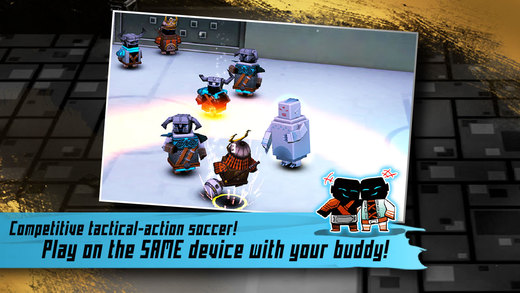 Striker Arena, the action/sports game developed by Japanese team Wizcorp, is now available for purchase on the App Store.

Striker Arena has been originally revealed during Summer 2014, with a Kickstarter campaign launched later in September. The game is a unique take on soccer games, including features taken from several different games like Mario Strikes and the Inazuma Eleven games to create a really interesting mix between real time and turn based action. The game’s premise and atmosphere are also rather unique, with two different tribes, Vikings or Gladiators, settling their own differences in a brutal soccer match where everything is permitted.